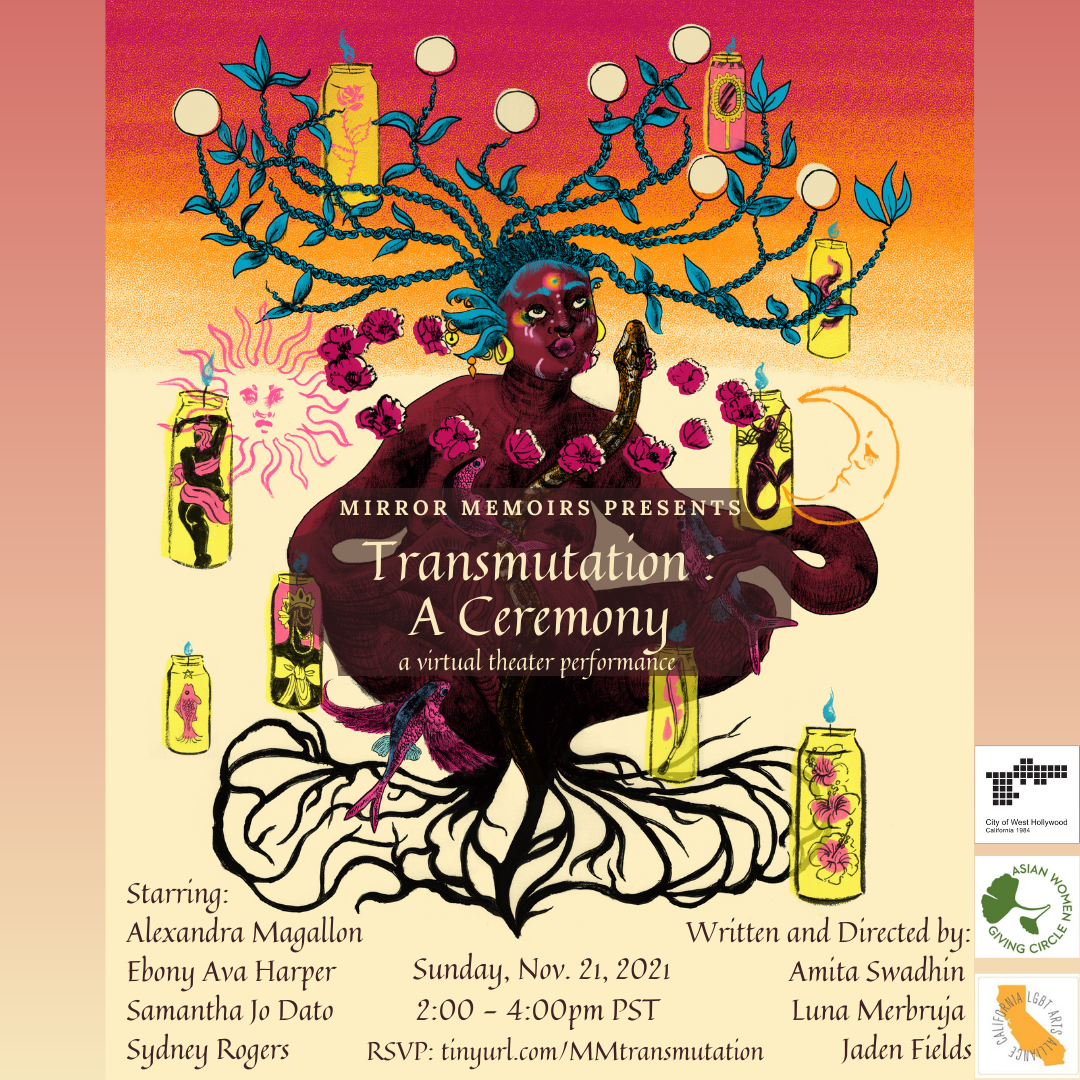 Join Us for a Virtual Theater Performance

There are currently no tickets available for this event, but you can still make a donation.

Mirror Memoirs is proud to present "Transmutation: A Ceremony," a theater performance featuring our sacred storytellers Samantha Jo Dato, Ebony Ava Harper, Alexandra Magallon and Sydney Rogers. This production, supporting these four Black and Afro-Latinx transgender, non-binary and intersex survivors of child sexual abuse to share their true stories of survival, and their visions of healing and the world we need and deserve, was written and directed by Luna Merbruja, Amita Swadhin, and Jaden Fields.

After the performance, we will host a real-time virtual panel featuring members of our cast and directorial team.

Tickets are free, but we are still raising donations to cover the production costs. We welcome all donations, and as a token of our gratitude, we will provide the following:

Performance Accessibility:
The pre-recorded performance will be captioned in both English and Spanish. The post-performance discussion with cast and directors will include ASL and Spanish interpretation and live captioning.

We are also grateful to all the artists who are part of our production crew: Donovan Vim Crony, Lex Kennedy, Lafemmebear, V. Rene Miranda, Whit McClure, and Schuron Womack.

Mirror Memoirs is a project of Community Partners, a 501(c)(3) organization headquartered in Los Angeles, CA.

A few days before the event, will send a Zoom link to each email address that registers. If you are registering for multiple people who will be joining from separate locations, please be sure to include a separate email address for each person.

You can support us by making a donation!